It’s been tough times for Sheffield’s Buy-To-Let landlords. As a student letting agent in Sheffield, we’re at the eye of the storm! Let’s take a look at the last year of activity and take you through the new legislation, and what it means for the future. According to Zoopla, last year the average price for a property in Sheffield was £180,927, whilst that average rose to £189,277 for August 2017, demonstrating modest growth of 0.19% on the year before. According to Rightmove’s Rental Trends Tracker for Yorks. & Humber, asking rent saw an annual change of 1.3% and a quarterly change of 2.2%, suggesting things picked up in the first two quarters of 2017. Indeed, this somewhat reflects the wider picture of the national average of asking rent (outside of London) with an annual change of 1.9% and a quarterly change of 2.8%, in line with the 2.7% average of the last five years. In all, asking rents hold up despite a 7% increase in available properties.

A mainstay of David Cameron’s crusade for home ownership, SDLT sought to limit the rise of house prices to halt the falling numbers of homeowners nationally. So far there have been 60,000 transactions of these additional properties, accounting for £1.8bn in stamp duty. £1bn alone was raised by the additional 3% tax. Having said that, these figures take into account property owners buying before selling. In which case, and since the change in law, HMRC have refunded 10,700 homeowners to the tune of £126m

*Transactions under £40,000 do not require a tax return and are exempt from the higher rates.

The Bank of England’s Prudential Regulation Authority (PRA) sought to tighten up on lending this year by calling for new affordability tests earlier as well as mortgage stress tests at 5.5%. The end of September also marks the implementation of regulatory burdens on portfolio landlords; that is, lenders will now have to take into account income and mortgage details on all properties before refinancing landlords with four or more properties. These restrictions underline the concern held by the Bank of England and the governmental watchdog, the Financial Policy Committee, that Buy-To-Let investors are more likely to cut losses and sell than homeowners in the event of market changes. Thus, the logic here is to avoid a property dump and price drop. Remember 1988?

The 6th of April this year marked the third instalment of the pronged attack on landlords by scrapping tax relief on mortgage interest payments. The plan is to phase out mortgage interest tax relief altogether to a 20% tax credit by 2020. The reality faced by many of Sheffield’s Buy-To-Let landlords means lower net profits.

Tax will now be due on turnover as opposed to profits. This means that if mortgage rates rise, and rents do not rise proportionally, landlords will be out of pocket. At particular risk of seeing their returns wiped out are higher-rate taxpayer landlords whose mortgage interest makes up 75% or more of their rental income.

WHAT DOES IT ALL MEAN FOR THE FUTURE?

By scrapping tax relief, higher rate taxpayers will be badly hit, particularly if they have high levels of mortgage debt and a large portfolio. Some basic-rate taxpayers could see themselves pushed into the next tax bracket. The added cost and the thinning margins of profit may mean Sheffield’s landlords will be forced to up rent, particularly as housing supply is stifled and demand remains high. The fallout of which could effectively see students migrate to cheaper student accommodation in greater force, practically vacating certain areas.

The new stamp duty hike will also make Buy-To-Let investors think twice before purchasing. Having said that, commercial ‘mixed use’ investments valued under £150,000 are exempt from stamp duty. Similarly, limited companies, such as HMO property management companies, are exempt from the new mortgage interest tax rules. Sheffield landlords looking to explore the option of setting themselves up as a limited company should be aware of the drawbacks and seek professional advice.  Limited companies elicit higher interest rates, different tax restrictions and any transfer of properties are liable to a capital gains tax.

Despite a rather cloudy year for Buy-To-Let, we can draw some silver linings. Firstly, and perhaps an oversight by the government, first-time buyers will also be affected by the new lending restrictions and so will be more reluctant. This all points to the continued strength of the rental demand. Despite rental prices levelling out in the capital, Sheffield rental yields continue strongly at 9.73%, coming 10th in best Buy-To-Let location (specifically S2).

In any case, whilst the regulation around them has increased, the mortgage rates themselves have dropped, whilst the number of Buy-To-Let mortgages has risen by 15% between January and August. That’s all good providing the Bank of England’s base interest rate remains at 0.25%; the lowest in its history. Governor Mark Carney (unhelpfully) suggested the rate could move in either direction, but experts suggest it is unlikely to be lower. It remains uncertain, but even small marginal increases to the base rate could have devastating effects on the finances of Sheffield’s homeowners and landlords alike.

Smart property are a student and professional property management and investment company in Sheffield, Leicester, Nottingham Manchester and Salford.

As well as their property management services, they offer a long term rent guarantee programme that Property 118 founder Mark Alexander found ‘so impressive’ he decided to invest in the company himself.

Andy welcomes private landlords, developers and investors to talk to him and his team about property management, guaranteed rent, investment opportunities and block management contracts.

Andy is the Managing Director of Smart Property 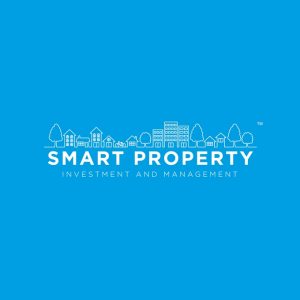 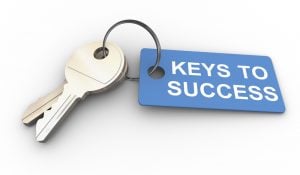 Lodger not moving out and threatening