The annual rough sleeping snapshot, which shows that rough sleeping has fallen 43% since the Prime Minister has come into office, has been welcomed by Housing Secretary Robert Jenrick as a milestone in the effort to end rough sleeping for good.

Further data published, shows a continued downward trend in rough sleeping numbers over the winter with the total number of people recorded as sleeping rough across the whole of England falling to 1,461 at the end of January.

The Housing Secretary paid tribute to the combined efforts of councils, charities, faith groups and other partners for the huge achievement, recognising that new partnerships between housing and health services have been crucial to supporting thousands of rough sleepers during the pandemic.

The government’s unprecedented Everyone In initiative was launched by the Housing Secretary at the start of the pandemic to protect rough sleepers – some of the most vulnerable people in our communities – and has so far supported 37,000 into secure accommodation, with more than 26,000 already moved on to longer-term accommodation. Independent studies have shown that Everyone In has protected hundreds from the pandemic.

Housing Secretary, Rt Hon Robert Jenrick MP said:  “Today’s figures demonstrate that by working hand in hand with councils, charities and faith groups, the government has made huge progress towards ending rough sleeping and responded to the danger posed by the pandemic in an internationally recognised way.

“At the beginning of the pandemic we took swift and decisive action from the very start to bring rough sleepers in from the streets and settled them into longer- term accommodation in record numbers through our transformational Everyone In initiative. That work continues, the results are clear and a huge credit to all involved.

“Ending rough sleeping is a personal mission for the Prime Minister and me – and we have made huge progress since he came into No.10 reducing rough sleeping by 43%. There is more to do, but I am determined to continue to drive progress forward backed by £750 million in funding.”

A number of areas have now recorded no rough sleepers at all including Ashford and Basingstoke. Some major cities have recorded exceptionally low levels, including Birmingham at just 17. Examples from local government include:

Cllr James Jamieson, Local Government Association Chairman, said: “Councils, working closely with central government, have put in a monumental effort since the start of the pandemic and the Everyone In initiative to rapidly get the vast majority of people sleeping rough off the streets and into safe and suitable accommodation.

“This collective response shows what can be achieved when all parts of the public and voluntary sector pull together towards a shared goal, and it is good the government is continuing to support this with further vital funding announced today.

“But one person sleeping on the streets is one too many, and councils want to build on the success of Everyone In and work with government on a cross-departmental homelessness prevention strategy to end rough sleeping and make sure nobody suffers the tragedy of becoming homeless.”

The drivers and root-causes of rough sleeping and homelessness are complex, with research showing that 53% of participants who had slept rough were ex-prisoners, 60% had substance misuse needs and 82% had mental health support needs. This is a health challenge as much as a housing one.

That’s why, the Ministry of Housing, Communities and Local Government is leading a cross-government drive to eliminate rough sleeping by the end of this Parliament – with £750 million being spent over the next year to tackle homelessness and rough sleeping.

The Housing Secretary and the Minister for Rough Sleeping Eddie Hughes MP will today speak at a virtual event hosted by The Centre for Social Justice acknowledging the work of councils, and voluntary sector organisations in the huge progress made over the last year and set out the government’s focus on health and housing.

The government has also published a Mobilising Housing First toolkit as part of an evaluation process of the ongoing £28 million funded Housing First pilots helping rough sleepers in Greater Manchester (GMCA), the West Midlands (WMCA), and the Liverpool City Region (LCRA). This will help to identify best practice in implementing Housing First at scale.

According to research by UCL and published in the Lancet, preventative measures taken by the government may have avoided 21,092 infections, 266 deaths, 1,164 hospital admissions and 338 intensive care (ICU) admissions of homeless people.

The annual rough sleeping snapshot provides the official statistics on the estimated number of people sleeping rough on a single night between 1 October and 30 November each year and assessing change over time, as well as some basic demographic details (aged, gender, nationality).

The snapshot is collected by outreach workers, local charities and community groups and is independently verified by Homeless Link

The management information published today is not independently verified and does not involve partners independent of the local authority to collect it, like the official snapshot. It is however, quality assured by MHCLG analyst team. The collection methodology is as follows:

Local authorities have provided data to MHCLG throughout the pandemic on the numbers of rough sleepers brought in under the ‘Everyone In’ initiative. We have also started collecting a number of key performance indicators designed to track and monitor local authority progress. We have so far published 3 snapshots of the data (in May, September and November).

The latest figure for the number of people assisted through Everyone In is at 31 January. Based on the management information collected in December and January, there is a downward trend in rough sleeping numbers over the winter months showing the excellent work being done by local authorities.

There are almost as many different figures of Rough sleepers, or definitions of Homeless as there are people themselves. ! see Joe Speye's article yesterday ;

Funny how the Govts figures are always the lowest

Renamed – The Department for Levelling Up, Housing and Communities 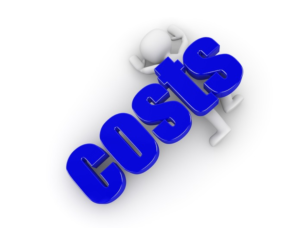 One year and £35k to evict a COVID rogue tenant

HMO rooms rated as Band A?