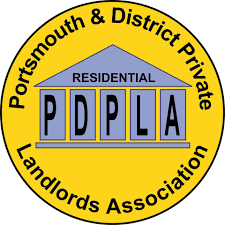 “The Portsmouth & District Private Landlords Association (PDPLA) represents around 500 landlords in South East Hampshire and exists to educate, inform and represent its members.

We support the Section 24 billboard campaign as apart from the impact on our members, we know the current tax regime increases homelessness and evictions, and increasing the tax burden on landlords, many of whom are small businesses will obviously force them to increase rents in order to survive – something the wider public need to understand.”

The campaign has raised well over £5,000 to-date and 11 billboards have been erected. However, the impact goes far beyond the effectiveness of the billboards alone.

“I am delighted that PDPLA has chosen to support this campaign. As a member of the association as well as Property118 I cannot possibly express my overwhelming gratitude for the generosity and support both organisations have offered. I am in talks with several other landlord associations and hope they will follow through in the same way.

Property118 very generously funded the set up of the Section24.info website which has resulted in several visitors. Landlords and tenants alike have been downloading and printing an A4 version of the billboard and asking local shops and letting agents to display them in their windows. Others have put them in their car windows. This campaign goes way beyond raising money for more billboards and people can still contribute in some way even if they can’t afford to make a donation.

If every member of PDPLA alone was to donate just £10 each and also get one A4 copy of the billboard into a shop window we could almost double the funding raised to date and have another 500 additional points of exposure in just one County. Imagine if that could be replicated across every County in the UK!

Fundraising is via the “Just Giving” website linked below.

“At Property118 we have always encouraged private landlords to support and benefit from membership of their local landlords associations. By working together we all become stronger”