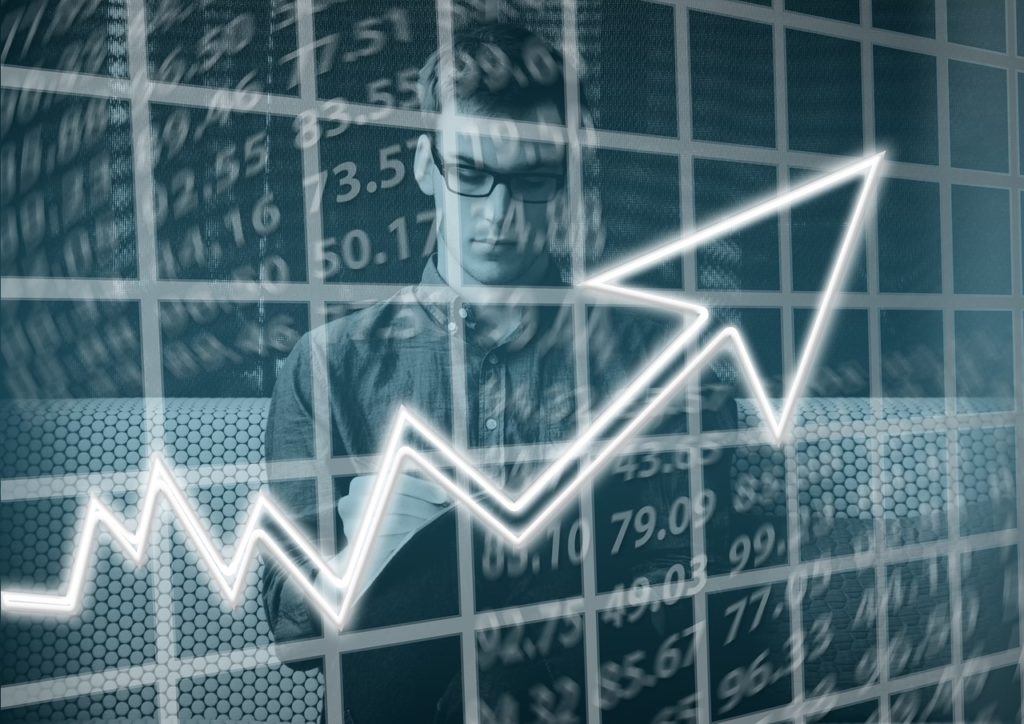 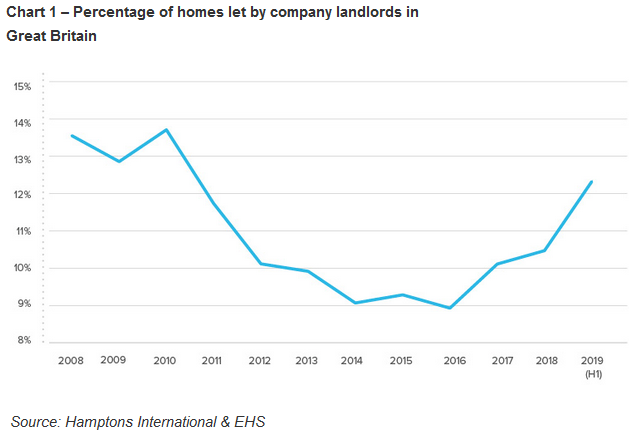 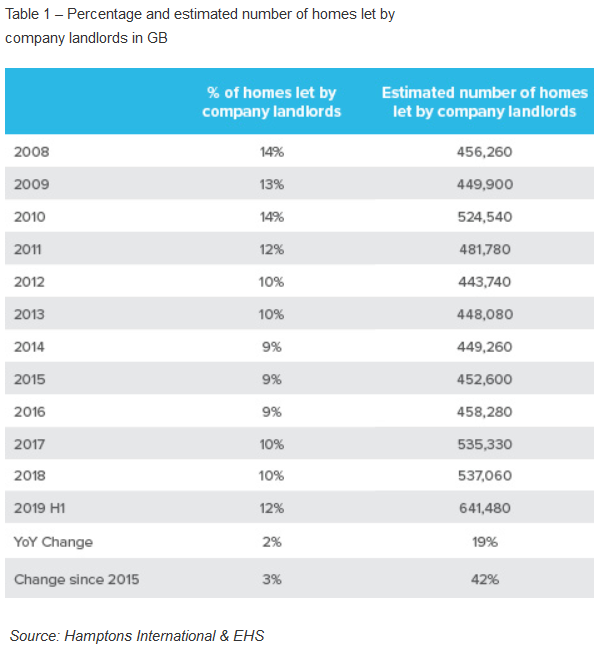 Rental growth continues to accelerate, reaching the highest level since April 2016. The average cost of a new let in Great Britain increased to £986 pcm in June, up 3.1% year-on-year. The South West recorded the strongest rental growth, with rents rising 4.5% annually. Rents in London increased 4.3% year-on-year. However June 2019’s figures are compared with a period of weak rents in June 2018 when rents in the capital started falling for three consecutive months. Meanwhile average rents on newly let properties rose in six out of eight regions, with Wales (-0.4%) and the East (-0.2%) recording small year-on-year falls. 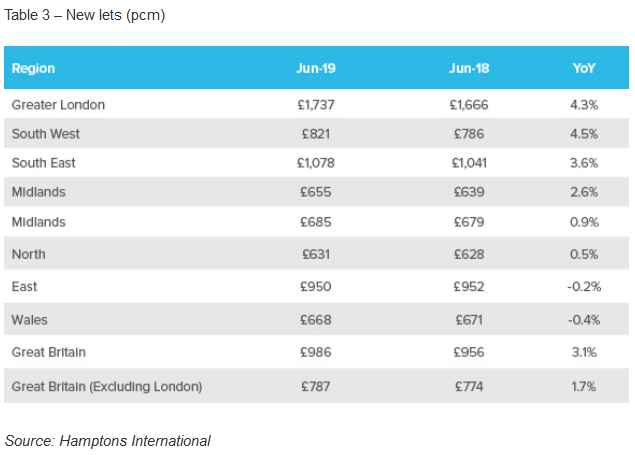 “More than one in ten rental properties are now owned by private companies, an indication that the sector continues to professionalise. Increasing taxation for private landlords combined with the growth of the build to rent sector has meant that more companies are letting homes than at any time since our records began.

“London, where landlords tend to have higher levels of debt and often the most to gain from corporate ownership, has the largest proportion of homes let by a company. However, it’s not always more profitable to put a buy-to-let into a company as other associated costs come into play.

“Strong rents in the South drove rental growth in Great Britain in June. Low stock levels, particularly in the South, continue to put pressure on rents. Rents rose in six out of eight regions in Great Britain, with the East and Wales recording small falls.” 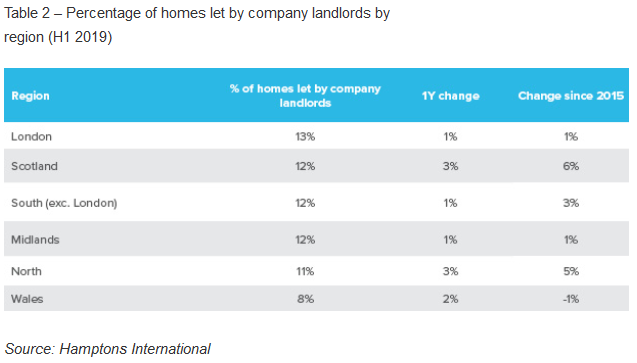