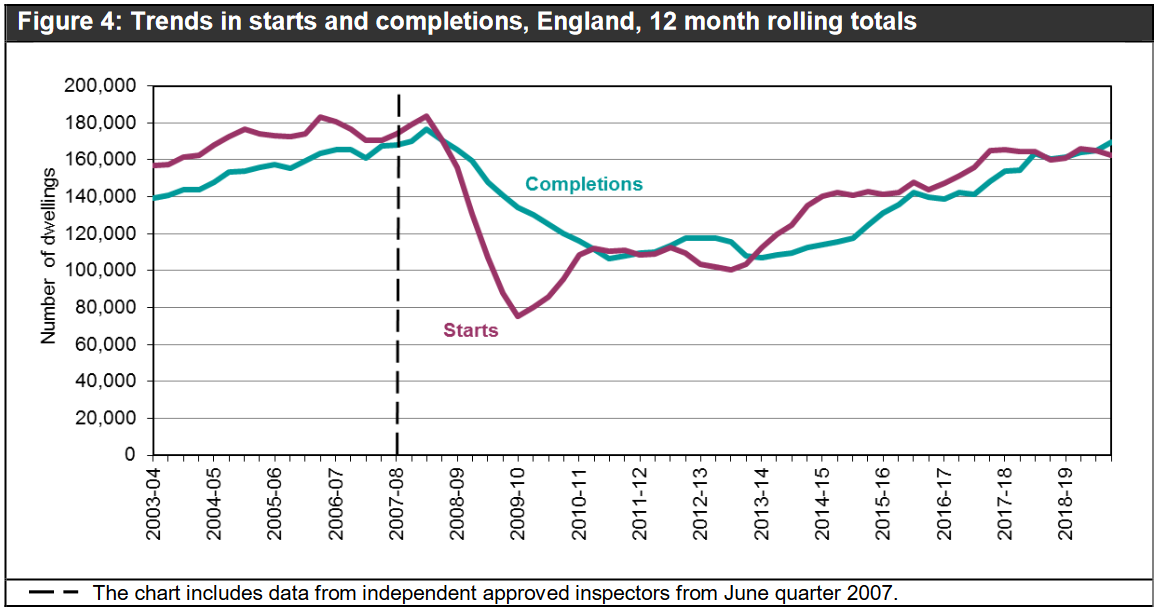 Quarterly figures for new build dwelling starts and completions are seasonally adjusted and should be used for quarterly comparisons. 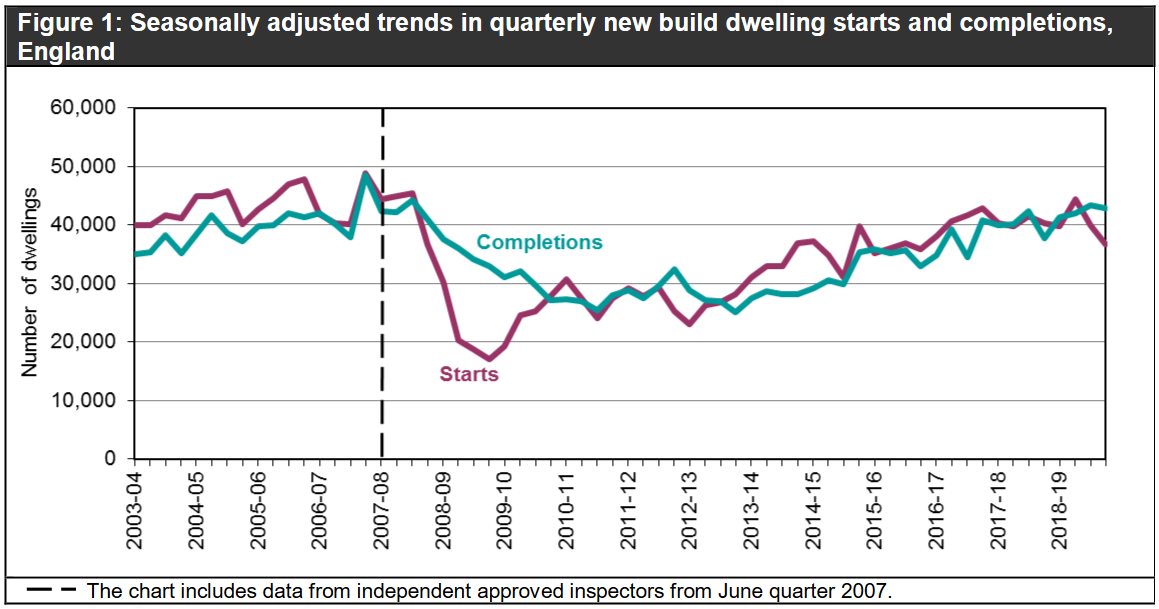 Historical Trends show overall the number of completions increased until the 1970’s with a peak of 352,540 dwellings completed in 1968. Completions then fell significantly in the next decade. From 1946 to 1980’s a large number of completions were delivered by Local Authorities in the form of Council housing. This decreased after the 1980s when local authorities became housing ‘enablers’ working with housing associations rather than direct ‘providers’. Completions delivered by the private sector picked up in the 1950’s and soon started dominating the market through to the current day. Housing Associations have delivered a broadly steady numbers of completions over the years.