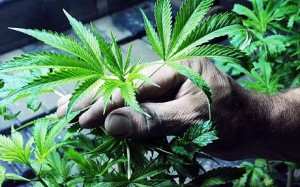 Landlords in the front line in war against drugs

Cannabis growers are a serious problem

Police, landlords and letting agents are in the front line of the fight against drugs in towns and cities across the UK.

Cannabis factories are a real problem in residential and commercial rental properties with a dozen or so raids a day on suspected growers.

To highlight the problem, here is a snapshot of cannabis related incidents that have all happened this week:

Detectives in Sheffield revealed they have raided 200 properties farming cannabis in just 12 months.

The latest was a rented terrace house where a gang was farming 300 drug plants with an estimated value to dealers of £120,000.

A passer-by spotted the front door open and called police, who found every room filled with cannabis.

Detective Inspector Bob Chapman, of South Yorkshire’s Police, said a third of all cannabis factories were run by gangs who were often Vietnamese.

The gangs rent homes or commercial buildings and set them up with equipment to create the right hot and damp growing conditions for cannabis.

Electricity and water meters are bypassed, leaving the buildings at risk from damp and fire.

One cannabis factory in rented house in Barking, Essex, was damaged in a blaze on Sunday. Police found 300 plants inside.

Michael Holder, 45, was jailed for 15 months at Worcester Crown Court after admitting growing cannabis in a flat and rented rooms in Stourport.

The court heard he had looked up how to grow the plants on the internet and built a sophisticated factory. He had 68 cannabis plants and a further 70 cuttings ready to grow in trays.

Around 100 cannabis plants were discovered when police raided a rented flat above a shop in Wakefield.

A rented maisonette in Dunstable was raided and police found a haul of 100 cannabis plants.

Police called to a suspected burglary at an abandoned gym in Tyseley, Birmingham, broke up a fight between several men and then found a cannabis factory with 4,000 plants at various stages of growth inside.

In Kent, police have secured the conviction of the man behind the county’s biggest ever cannabis factory with plants worth around £3.3 million growing in three rented commercial properties.

Strategies for coping with property pressure