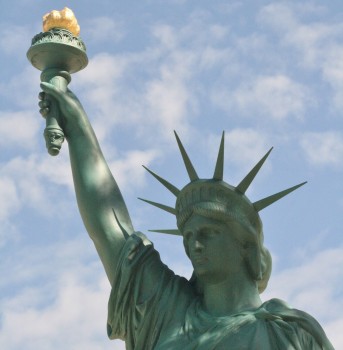 If you have ever sold any West Brom Buy to Let mortgages I suggest you advise your clients to search Google for “West Brom Tracker Rate Class Action” and to register immediately.

Affected borrowers are very grateful to the likes of cherryfind and FT Adviser for raising this important issue with the mortgage adviser community.

Once this campaign is concluded Property118 will be turning its attention towards the Bank of Ireland, Skipton Building Society and Manchester Building Society, all of which have pulled similar stunts. Hopefully the publicity surrounding the case against West Brom will also send a clear signal to other mortgage lenders which have written to the FCA to declare their interests in raising their tracker mortgage margins.

Are you clients affected by the West Brom Tracker Rate Hike?

We have a very strong case against the West Brom and will be commencing litigation at the end of January 2014. Our barrister’s opinion has lead to a favourable quote for ‘After The Event’ insurance which would pay for the other sides legal costs if we lose. The case is now fully funded.

Our case is a very simple one. West Brom are passing off their tracker mortgages as Standard Variable Rates. In their general Terms and Conditions brochure there are several conditions which are not relevant to these contracts. This is quite normal as mortgage conditions booklets are often generic documents covering a full range of mortgage products. For example, one of the West Brom’s conditions prevents letting the property. Note though that these are Buy to Let mortgages! Fortunately there is also a condition which says the offer letter takes precedence over the general conditions. There is clear evidence in the West Brom’s own promotional materials of the differences between Standard Variable Rate mortgages and Tracker Rates.

Why mortgages advisers should advise their clients to support this case now.

A line will be drawn in the sand a week before the case is referred to the Courts. After that stage, no more cases will be included in the representative action. Until that time, the cost of joining the Representative Action is £240 per affected mortgage, inclusive of VAT.

The outcome of the case will determine the price for people who wish to instruct the existing legal team after we have won the case. Figures of £1,500 per case are being discussed. Other lawyers will no doubt compete for the business off the back of the Case Law and may charge less. However, they will not have the benefit of the experience of our legal team and will they not have our QC’s and barrister’s opinions. Therefore, the choice facing affected borrowers is to pay £240 money now and take their chances or Potentially pay more money later and take their chances. The alternative is to pay West Brom what they want.

How this affects advisers

Affected borrowers are clearly angry that they need to pay anything at all. They need to be advised of their choices. By advising affected borrowers of the existence of the Representative Action you could save them a lot of money in the long run and that will restore some goodwill. Some of them may not even be aware of the issue yet as the increased payments will only be debited from their bank accounts this month.

But won’t a win in Court affect all borrowers whether they join in or not?

“Representative actions, where one person starts a case representing many others, who all want the answer to a legal question from a court such as ‘is this contract enforceable against me?’ but are not seeking damages. All those who sign up to the action will get the benefit of the win, but they do not have to start their own cases, as they are ‘represented’ by the lead claimant.
The only people who will definitely benefit from success in the case are those who have signed up. Any others will have to fight their own corners individually, either alone or with legal help (which will inevitably be significantly more than the join-up fee for the group case).”

What if the case is lost?

FACT – There is always a risk of a Court case going the wrong way, however small that might be.
FACT – Unpalatable though this is, in the event of the case against West Brom going the wrong way, there WILL be “no win no fee” negligence claims made against professional advisers and / or solicitors. I have done everything in my power to test this and to create counter arguments for mortgage advisers if that scenario were ever to come to pass. It is my strongly held belief that mortgage brokers cannot be held responsible for interpreting and explaining legal contract conditions as they are not equipped to do so. This is far more akin to the role of solicitors acting for borrowers. I feel quite certain that affected borrowers also feel this way and for that reason, as the organiser and lead claimant in the Representative Action, I have managed to persuade the vast amount of borrowers NOT to make complaints against their mortgage advisers at this stage. I fully appreciate that it costs brokers £500 to deal with each complaint to the FOS and so far I have been able to persuade affected borrowers that complaints to brokers are unjustified (which is my firm belief).

Please note that I was a broker and MD of a very large firm until I retired in 2009.

The only time my guidance to affected borrowers regarding complaints against brokers has been ignored has been as a result of brokers being “unhelpful”. Clearly there is now an opportunity for brokers to be VERY helpful.

What if other West Brom Accounts become affected?

Accounts beginning with the number 9 are not currently affected but could be. These can’t be included in the initial action unless West Brom decide to increase their margins of these accounts before legal action commences. Therefore, for any member of the Representative Action who has paid for an account number beginning with an 8 and for currently unaffected borrowers who have contributed at least £50 to the campaign marketing fund the fee will still be £240 per account beginning with the number 9 if/when necessary.

It is likely that all other accounts will be charged £1,500 to be represented after the initial Court action and Property118 will take 30% of this fee as a handling charge to raise funds for further development of the website. (Remember that Property118 operates a ‘Not for Profit” business model).

The only money paid to Property118 in respect of the initial action is 10% of funds paid, all of which has gone into the campaign marketing fund. 100% of my own time has been pro bono (i.e. not chargeable)

There will be no increase in fees until the fund is closed seven days before papers are served to the Courts.

Kent Reliance Buy to Let no minimum income and 85%!