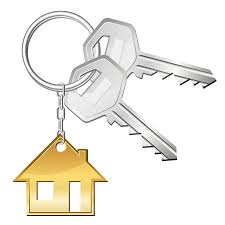 For the first time in eight decades, home buying will be outstripped by the property rental market next year.

This is as a result of home buyers continuing to struggle to find affordable properties.

Since the EU referendum in June, activity in the sales market has slowed. A lack of property for sale partnered with increasing prices is creating a perfect environment for more new lets than purchases, according to Countrywide.

Affording a new house is becoming ever more difficult for would-be buyers as asking prices have risen since the summer and borrowers are required to have bigger deposits since the previous year.

At the start of 2016, home ownership levels had fallen to their lowest level in 30 years and the number of homes for sale remains near a record low.

Leading up to the introduction of the stamp duty surcharge in April, there was a boom in sales as landlords snapped up properties. This has led to an increase in the number of rental properties advertised.

“There has been a high level of uncertainty in the property market following Brexit which has made many buyers and sellers hesitate and put their transactions on hold,” said a spokesperson for Property 118’s landlord insurance provider Discount Insurance.

“With a lack of affordable housing available, potential home buyers have no option but to turn to renting which provides an increasing number of properties to choose from,” added the spokesperson.

Since Brexit, there has also been a north-south split in the housing market, Rightmove has revealed.

The market was busiest in the north of England following the vote and it has become a “sellers’ market.”

The number of homes for sale has fallen by 11% since 2015 in six regions across the north of England and the Midlands, which has allowed buyers less room to negotiate on price.

On the other hand, there has been a 16% year-on-year increase in available stock in the south of England.