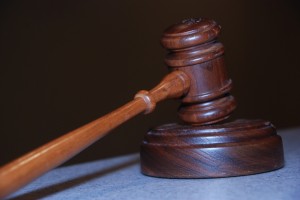 A landlord who ignored council orders to improve his property was fined £2,000 for putting their lives at risk.

The landlord let out rooms in a shared house in Nuneaton, Warwickshire, where a council inspection found an obstructed fire escape route and failed to carry out repairs to rid the property of damp.

Nuneaton magistrates were told he also disregarded the notices to improve the home from the council.

Councillor Leigh Hunt said: “Rugby Council’s duty is to ensure that all tenants are living in healthy and safe accommodation.

“In most cases the council is able to work with landlords to ensure the necessary repair works are undertaken.”

A landlord in Scarborough has also been fined after fire and smoke alarms did work not in a blaze at a block of flats because the landlord had not connected them to the electricity supply.

Property owner Ewan McFerren, 50, admitted breaking fire safety laws by failing to make sure the alarms operated as well as not briefing tenants properly about what to do in case of a fire.

Recorder David Hatton QC, sitting at York Crown Court was told the fire was probably started by someone smoking in bed during the night.

Because alarms failed to go off, some tenants were only alerted to the fire after shouts from passers-by in the street.

Catherine Duffy, prosecuting, said the council had served notices on McFerren to improve the property for two years prior to the fire in May 2010.

The judge told McFerren he was ‘fortuitous’ no one was hurt in the fire.

In defence, the court was told some tenants had made completing the fire safety work to comply with the improvement notice difficult by not letting him access their flat.