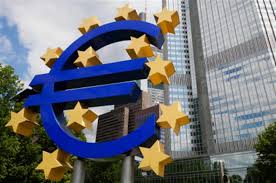 The European Central Bank (ECB) is considering the use of Quantitative Easing (QE), or smaller scale asset purchase for the first time in an effort to avoid deflation.

This is after figures showing European inflation at 0.3% a fall from 0.4% in July and a five year low. Mario Draghi, head of the ECB, has indicated in the past that any inflation figure below 1% would be cause for serious concern.

Stagnation (very low inflation) or even deflation (negative inflation), while not always a disaster economically, in Europe’s current position would be very harmful to its recovery. Governments, firms and households in many European countries are carrying a lot of debt compared to income. Therefore, if prices fell then income from taxes, sales and wages would fall, but the debt would not, making loans increasingly difficult to service.

That is why a small amount of inflation is considered advantageous by economies to help reduce the burden of debt over time and keep productivity increasing.

Any asset purchase or quantitative easing by the ECB would increase the amount of money available in the European economy, and thus using the laws of supply and demand decrease or at least put pressure on the value of the Euro. This would make European exports cheaper abroad and the availability of money to invest in output would increase with the loosening of fiscal policy. Manufacturing output figures in Europe are currently their worst for 15 months so this kind of stimulus would be very attractive.

A devaluation of the Euro would also increase the costs of imports, driving inflation figures to a more positive level and boosting demand for domestic goods and services.

However, how would this affect the rest of us back in the UK. The answer as ever is in degrees and in isolation of any other influencing factors.

A weakening of the Euro is likely to make our already massive trade deficit with Europe even worse. This huge trade deficit is only being supported by the purchase of British assets and firms from abroad. This is due to the UK being perceived as a safe port for investing wealth in the world economic storm compared to the EU.

At some point this trade deficit would normally need to be balanced by reducing the value of the Pound. This would put less pressure on raising interest rates (good for borrowers such as BTL landlords).  This is because. a higher interest rate attracts more money into the UK and hence increases the value of the pound, the exact opposite to what is required in this scenario.

However a fall in Sterling on exchange rates would result in increased inflation on imported goods adding at least short term inflationary pressures. This type of import inflation without domestic demand lead inflation has been ignored by the Bank of England in the past without the need to increase interest rates.

The potential need for Quantitative Easing to boost a stagnating European economy is big news and a stable EU recovery is vital to our own economy. If QE is implemented by the ECB the pressure on calls to increase interest rates in the UK could actually fall.

Tips for 'tenant proofing' your property