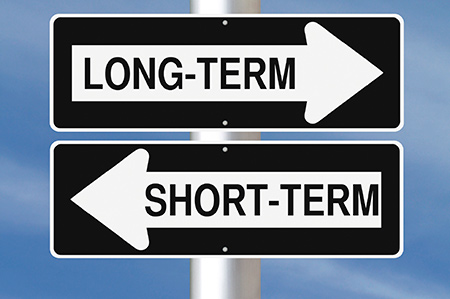 Eight out of ten of those renting accommodation want tenancy agreements of one year or less, a large survey by The Deposit Protection Service (The DPS) has suggested.

39,855 tenants whose deposits are protected by The DPS’ responded to the survey, with 80.1% saying that they preferred agreements that lasted no longer than 12 months.

89.83% said that they preferred agreements that lasted up to two years, with 34.60% of the total saying they wanted contracts for six months or less.

Julian Foster, Managing Director at The DPS, said: “This comprehensive survey suggests that the idea that tenants crave longer tenancies is a myth.

“Like landlords, many tenants prefer the flexibility provided by shorter tenancy agreements rather than being locked into long commitments over where they live and who they rent from.

“Tenancy agreements are vital ingredients in establishing happy tenancies for both landlords and tenants, and it’s critical that they reflect the needs of both parties.”

Almost seven out of ten (69.88%) said that they preferred a rolling contract of one or two months’ notice at the end of their tenancy rather than a new fixed-term contract, which was preferred by 28.05%.

Tony, 48, from Bolton, told The DPS: “I’m currently working on a short-term contract, so a shorter tenancy works far better for me. The nature of my work means I move around so I don’t want to be trapped somewhere or risk paying large sums for no good reason.”

Mitchell, 25, a chef in Weston-Super-Mare, said: “I prefer short term contracts as they don’t tie you down to one property.”

Mary, a 74-year-old retiree from Wiltshire, said: “I preferred a shorter-term agreement because my husband and I were in between properties. We didn’t want to be tied down and, if we wanted to stay longer, we could always go ‘periodic’ at the end.”

George, 25, in Lancaster, said: “I’m a student so I need flexibility over where I live.”

As part of tenancy agreements landlords and letting agents take a deposit from tenants to guard against loss and damage, and by law they must protect the money through an authorised tenancy deposit protection scheme such as The DPS, the UK’s largest.

The DPS runs the UK’s only custodial scheme: a free service where landlords submit the money for protection during the course of tenancies.

If a tenant does not agree with the landlord’s deductions, The DPS offers an independent, free Alternative Dispute Resolution service, which aims to resolve any disputes quickly and without the need for court action.

The DPS also runs an insured scheme, where landlords retain deposits and pay a fee to insure them.

The DPS aims to repay all deposits within two business days, on receipt of a jointly authenticated repayment instruction.

The DPS is part of the Computershare group, a global financial services company with over 30 years’ financial administration experience.

About The DPS
The Deposit Protection Service is the custodial tenancy deposit protection scheme accredited by the Government. It is provided free of charge, and funded entirely by the interest earned from deposits held in the scheme. The DPS was approved by the UK government to run an insured TDP scheme in September 2012 in addition to the approval it has already been granted by the UK government in respect of the custodial scheme. The DPS is run by Computershare Investor Services PLC. Online self-service allows landlords to register and make deposit payments, transfers and repayments 24 hours a day. Help and advice is available through a dedicated call centre during office hours. An impartial Alternative Dispute Resolution (ADR) service, helps to resolve any disputes quickly and without the need for court action.

Thanks for this excellent article - which I am using for the basis of a submission to the Lords Committee on the Economics of the Housing Market. It would be interesting if we can find that they are looking at other 'non-problems' too! i.e. as I pointed on the other thread, they are trying to help their 'target group' by encouraging the development of something they don't want - i.e. long-term rentals.