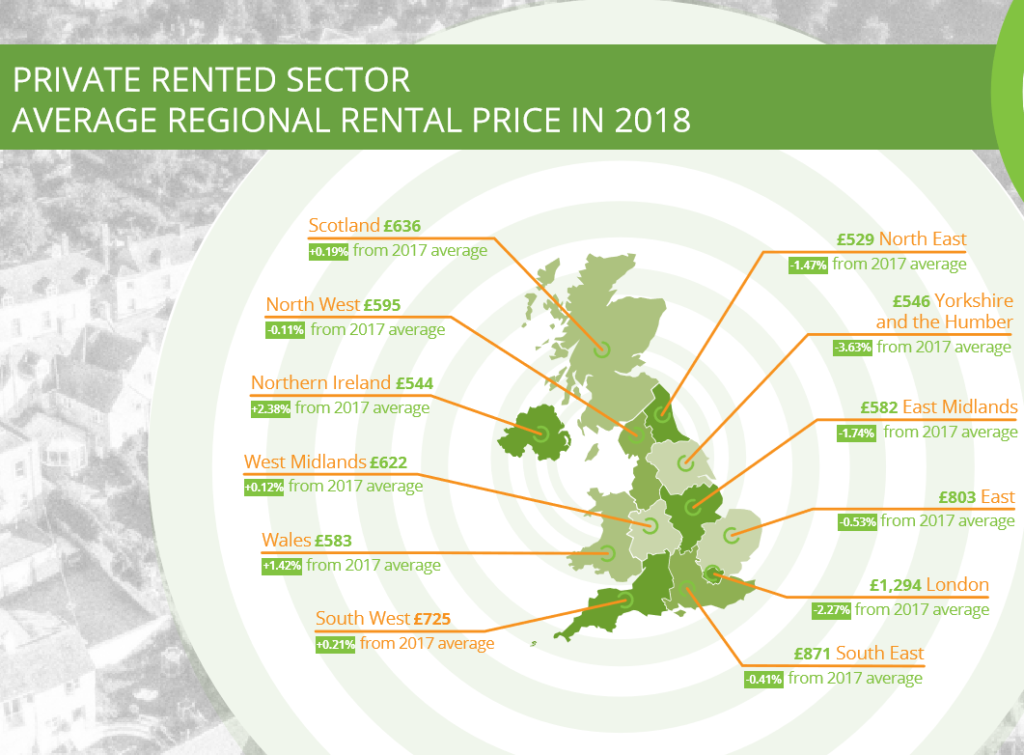 Renting became more affordable in 2018 thanks to a combination of a once-in-a-decade fall in annual rents and wage inflation, according to The Deposit Protection Service (DPS).

2018 was the first calendar year since the global financial crisis of 2008 that average rents decreased in the UK, with the percentage of wages spent on rents dropping 0.5% to 31%, according to The DPS Rent IndexTM.¹

Wages increased on average by 2.83%, according to ONS data² for the period between January and December 2018, the organisation has noted.

Rents in the North East fell by 1.47%, or around £8 compared with 2017, with average rents being around 32% lower than the national average.

The second most affordable region was Northern Ireland, however annual rents rose from historically low levels by 2.38% last year, from £532 in 2017 to £544.

In England, only the South West (0.21%) and West Midlands (0.12%) experienced annual growth, with the increase equivalent to around an additional pound.

As in 2017, London, the South East, and the East were the only regions last year where annual average rents were above the UK national average.

London continues to have the most expensive average annual rent in the UK, at £1,294, 69% higher than the national average, and representing 41% of average London wages.

Decreases were experienced in average UK rents for all property types, with terraced properties showing the largest decline (2.49%), producing average rents of £711 in 2018. 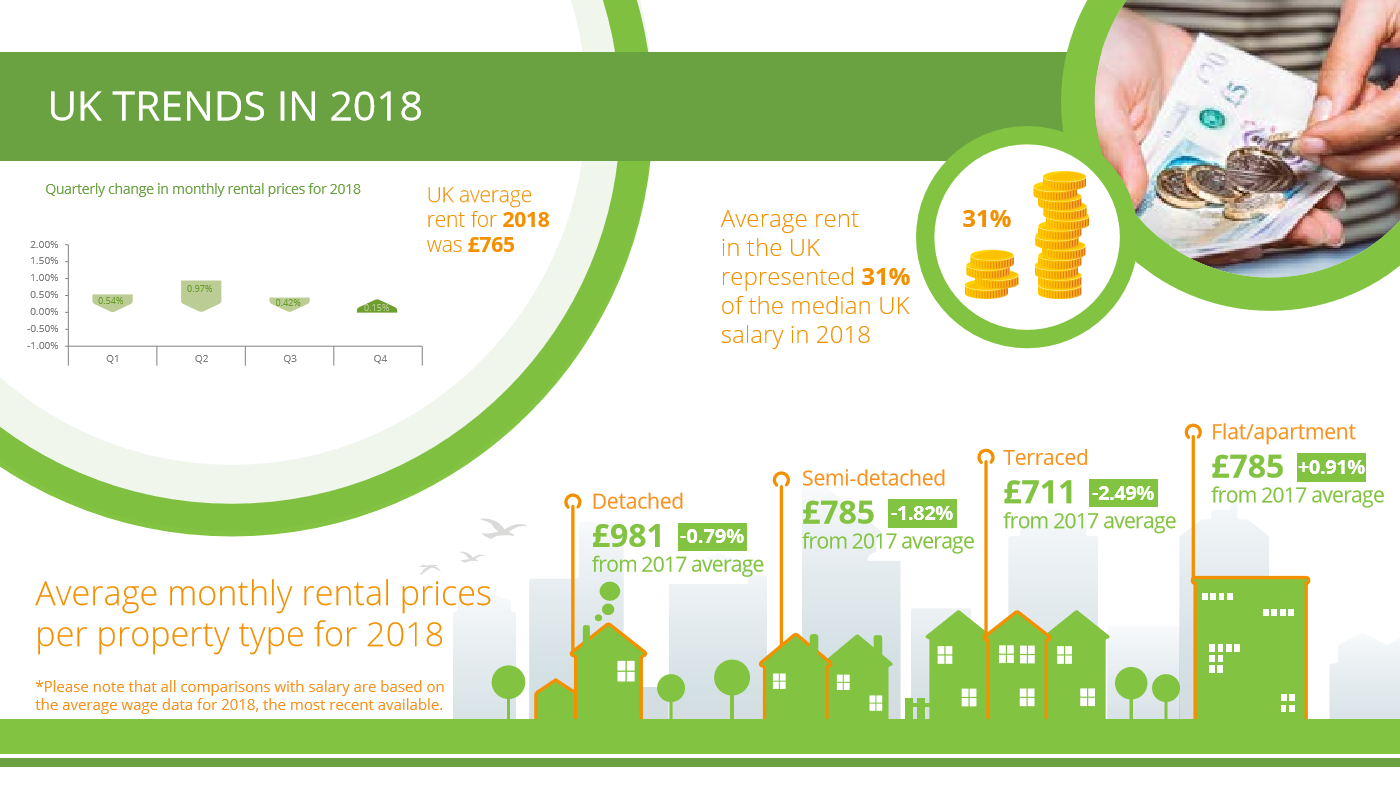 The Daily Mail gets it?