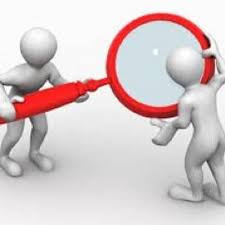 Call for Evidence on LBTT supplement in Scotland

Scottish Government is calling for Evidence in relation to its proposal to impose a 3% Land and Buildings Transaction Tax (LBTT) levy on buy to let and second home purchases. Here is a link to the information on the Scottish Government website.

The deadline for evidence is Friday 29 January. Responses should be sent electronically in word format to:

I have responded as follows:

My first point is a general one. The Scottish Government should be congratulated on having a more balanced housing policy than the Westminster Government, who have an unhealthy obsession with encouraging home ownership. For example, it is helpful that the Scottish Government has no plans to allow RSL tenants to buy at a large discount and that there are no plans to change the definition of affordable housing. Furthermore, the decision to cease the sale of council homes from 1 August 2016 will help reverse the decline in the supply in social rented housing.

That said, it is disappointing that the Scottish Government intends to follow the Westminster Government’s lead and impose a 3% levy on buy to let and second homes from 1 April 2016. Furnished holiday lets contribute to tourism and the Scottish economy. The 3% levy will have an adverse impact on the sector.

In terms of the buy to let sector, this sector is already being badly affected by Westminster tax changes.

Clause 24 restricts finance cost relief for individual landlords and was proposed by George Osborne in his Summer Budget on 8 July 2015.

Landlords are currently able to offset all their finance interest against their rental income, before calculating their rent profits and therefore their tax bill. This is quite normal in business as the general taxation principle is that tax is applied on profit.

The Government proposes to break this normal taxation practice and require landlords to pay tax on part of their turnover. By the year 2021, it will still be possible to get a deduction for finance interest, but the amount will be capped at 20%. This is a very significant change because in most cases, finance costs will be the landlord’s largest cost. No other business is taxed in this way. No other business is taxed on interest on loans taken out to buy assets that generate taxable income.

There is high demand for private sector rented accommodation in Scotland. The sector plugs the gap for those who can’t afford to buy (or choose not to buy) and for those who are not able to access social housing. It is likely that the supply of private rented housing will diminish as a direct result of Westminster’s Clause 24.

The Clause 24 tax change has very serious consequences for the private rented sector. Some landlords could face a tax bill even if their buy to let property makes a loss; some could pay tax in excess of 100% of their actual rental profit; many lower rate tax payers will move into the higher rate tax bracket as a result of the change. Existing sustainable rental businesses will become unsustainable over the next few years.

The knock on consequences for the housing market are alarming. Some landlords are already passing on costs by raising rents; others are considering selling properties to reduce debt and risk. Unfortunately, some tenants will be evicted and could be made homeless.

It is disappointing that Scottish Government is rushing through legislation without full and proper consultation. Whilst there is a ‘Call for Evidence’, there is no detail for people to comment on unlike the position in England, Wales and Northern Ireland where a detailed consultation document has been published by HM Treasury setting out how the Higher Rates of Stamp Duty (SDLT) on purchases of additional residential properties could be implemented.

The Westminster and Scottish Governments both wish to increase housing supply. However, the policies on higher rates of SDLT and LBTT will be a disincentive to investment in housing and will have a negative impact on housing supply.

In the Call for Evidence paper the Scottish Government is asking what the likely impact of forestalling would be. My view is that this would be beneficial as it would allow the impact of other legislative changes to be monitored and the affects assessed. The introduction of the 3% LBTT may prove to be not necessary to encourage home ownership and/or undesirable because of the adverse consequences which would result.

The private rented sector is facing enormous change with new tenancy legislation being introduced, new compliance requirements and punitive taxation measures being imposed from Westminster. There is a risk that the private rented sector will become unstable as a consequence of the cumulative impact of change and thousands of landlords will exit the sector. This will be bad for tenants who will face eviction and be made homeless.

In my view, a 3% LBTT levy should not be imposed on all joint purchases. In particular, where a parent is helping a child get on the housing ladder by purchasing jointly, I believe such transactions should be exempt from the higher rates of LBTT. Such transactions assist first time buyers and should be encouraged, not discouraged (see question 2 of SDLT consultation).

The 3% LBTT levy should not apply to all furnished holiday lets as these type of properties make an important contribution to local economies. My proposal is that the sale of an existing furnished holiday to a purchaser who continues to use the property as a furnished holiday let should not attract the higher rates of LBTT. My reasoning for this is because the transaction does not reduce the supply of owner occupied houses (see question 11 of SDLT consultation).

In relation to question 12 of the SDLT consultation, I have a number of proposals for the Scottish Government to consider.

To conclude, I believe that the Scottish Government should not follow Westminster’s lead on a 3% levy on buy to let and second home purchases and should delay consideration of the issue until the impact of other legislative changes that will impact on the private rented sector are understood.

If the Scottish Government decides to proceed and introduce legislation which will become effective from 1 April 2016, the exemptions I have proposed should be included in the legislation to lessen the adverse consequences of the tax change.

Help my tenant wants a section 21?

First time Buy to Let buyer looking for advice on the risks?