For generations governments have sought to simplify the benefits system.  Universal Credit was the latest attempt, which was supposed to make life better for claimants, but the system has been heavily criticised for a catalogue of errors.

Over the last year, BBC’s Panorama (which aired this week) has been following the lives of claimants in Flintshire, North Wales, which was one of the first areas to introduce Universal Credit.  The programme highlighted how the new system has undoubtedly created hardship.  The government has made changes and some people are getting help, but as the subject of much debate during the election campaigns, we wanted to highlight some of the BBC’s key findings.

Universal Credit was designed to make work pay and encourage people to manage their own finances.  Previously rent was paid straight to private or council landlords. On Universal Credit, tenants are encouraged to pay the rent themselves, but many tenants are soon finding themselves in serious rent arrears and facing eviction.

Let’s looks at the stats:

Flintshire County Council has 550 Universal Credit claimants. Of those, 480 are in rent arrears. That’s 87%.

What’s worse, the average rent arrears per person is £1200, up from an average of £210 per person on the old legacy benefits system. Six times higher!

BBC approached councils across the UK and 124 out of 189 councils with housing stock (65%) said they are having to invest more money to tackle rent arrears due to Universal Credit.

There is a minimum 5 week wait at the beginning of a claim before income comes through.  Although claimants can get support in the form of a loan to tide them over during this time, it means people are pulled into debt from the off.  They then have a year to pay this back.

To qualify for Universal Credit, claimants have to demonstrate they are actively looking for work. If they miss a meeting at their local job centre they are fined.

Claimants also have to apply for Universal Credit on the online system, which for many is a challenge in itself. Their requirements are then assessed, their benefits are combined and sent directly to them.  Claimants are then expected to budget themselves and this is when rent arrears stack up.

In addition, administration errors by The Department for Work and Pensions (DWP) means some people are being underpaid. One couple who appeared on the programme had to go to Citizens Advice as they didn’t know what else to do. Their rent arrears were stacking up and they had no way to pay. It turned out they had been underpaid by £90 per month for nearly two years.

What can be done?

At Caridon Landlord Solutions, as well as helping tenants ensure they are receiving the correct amount of Universal Credit, we will also signpost them to charities like Shelter as well as Citizens Advice who can assist. We also help hundreds of landlords who have been affected by their tenant’s move onto Universal Credit.

In some cases, tenants can apply for a debt relief order which writes off the debt, but this does mean that the council or anyone else the claimant owes money to does not get paid.

We agree that DWP should be giving users of the system control over how they get support. As discussed on the programme, in Scotland as system called Scottish Choices enables claimants to pick monthly or fortnightly payments and whether to have housing money paid to themselves or to landlord.

Universal Credit has been disappointing but we agree with Helen Barnard of Joseph Rowntree Foundation who said there is potential for it to help and there is lots about UC which is an improvement on the previous system.

There are currently 2.6 million people on Universal Credit across the country. By 2023, when the full roll out of UC is expected to be complete, there will be an estimated 7 million people claiming, costing £6 billion a year.

If this system is going to work, the fundamental problems which are plunging people into rent arrears need to be urgently addressed as tenants, local councils and landlords simply can’t afford the level of debt which is being created.

If you are a landlord or a tenant who has is struggling with paying or receiving rent as a result of a switch to Universal Credit, get in touch with Caridon Landlord Solutions for advice. 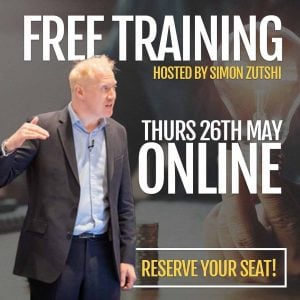 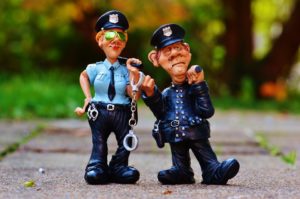