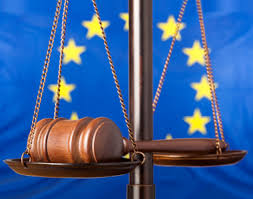 Welcome news on human rights and proportionality for private landlords

The Supreme Court has ruled that an occupier of a private residence cannot invoke Article 8 of the European Convention on Human Rights (ECHR) as a defence when the private landlord seeks possession.

Article 8 http://www.echr.coe.int/Documents/Convention_ENG.pdf covers the right to respect for private and family life and states the following:

Everyone has the right to respect for his private and family life, his home and his correspondence
There shall be no interference by a public authority with the exercise of this right except such as is in accordance with the law and is necessary in a democratic society in the interests of national security, public safety or the economic wellbeing of the country, for the prevention of disorder or crime, for the protection of health or morals, or for the protection of the rights and freedoms of others

The case in question was brought by Fiona McDonald who was a tenant in a property owned by her parents. The parents fell into arrears with their loan repayments to Capital Homes Loans (CHL), who had a registered legal charge over the property.

At the hearing in December 2012, Ms McDonald claimed that a possession order would violate her rights under Article 8 of the ECHR and that the judge should take into account the proportionality of making an order for possession.

The law is clear that, where the landlord is a public authority, proportionality must be considered.

The judge held that the court did not need to consider the proportionality of making an order for possession, as the person seeking possession was not a public authority, but gave her leave to appeal. The case went to the Court of Appeal, where Ms McDonald’s appeal was dismissed and finally to the Supreme Court.

The Supreme Court https://www.supremecourt.uk/cases/uksc-2014-0234.html held in June 2016 that the court is not required to consider proportionality in such case, where the claim has been brought by a private landlord against a residential occupier.

So, welcome news for private landlords, who already have enough to comply with when seeking possession of their property.

Capital gains on BTL to be taxed as income