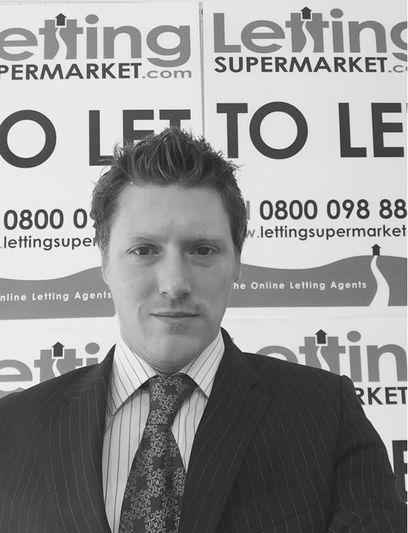 Following our move to new and larger offices we have now additional staff in place and the training process is making good progress.  As per our original business plan we have departmentalised. This has resulted in our systems becoming more efficient with each staff member having a specific role and general knowledge of other activities to provide cover for holidays and sickness.  Our clients have reported that service levels over the last few months have improved significantly for both tenants and landlords.

You may be aware that one of our directors (Tony Sheldon) was taken seriously ill shortly after we completed our initial crowdfunding campaign. He spent four months in hospital recovering which initially impacted upon progress due to a decrease in training resource.

Despite the above, we have more than doubled in size over the last 11 months. Prior to investment we had 197 properties under management, as of this morning we have 467 with another 21 currently booked in for check in’s later this month. This represents a 137% increase in managed properties since May last year.

We are continuing to take on properties at a steady rate and are finding many of our landlords are recommending us by word of mouth.

The business is breaking even on a monthly basis, this is in line with our projections.

As per our projections we expect the business to become profitable on a monthly basis within the next quarter.

Property118.com continue to provide the vast majority of our new business referrals. We have tried other forms of advertising including TV, the results from which were very disappointing in comparison. Thankfully, the growth of Property118.com (who own 26% of our shares) looks set to continue to drive our growth. Our Google Adwords campaign has been fruitful, producing increased website traffic. We now have 1719 active user accounts (landlords and tenants), an increase of 828 in the last 11 months.

We have experimented with various forms of print media, which we will not be pursuing in the future as the conversion rate is extremely low and this is an expensive form of advertising to implement on a national basis.

Over the next 12 months we will be looking to update the appearance of the website and make it mobile friendly.  We also intend to look into automating the more mundane parts of the letting process to reduce the workload on staff and subsequently increase productivity.  This will include automated rent due reminders, gas safety reminders, EPC reminders, reminders of when rent can be increased etc… We would also be looking to improve the appearance and increase the functionality of the landlord and tenants document archive in the website to include photo identification for tenants so landlords are aware that the Right to rent checks have been carried out.

We now have a robust platform for sustained growth.

Many of our landlord clients “tested” us with one or two properties in the early stages. They have since agreed to hand over future management of the rest of their portfolios’ as and when contracts with other agents come to their natural end, e.g. when tenants move on.

Clause 24 of the Finance Bill is set to hit letting agents hard over the coming years, with landlords looking to dispose of properties or to reduce costs. The campaigning via Property118 is attracting more landlords every day, hence their accelerated growth. Most of those landlords are looking to cut costs. As one of, if not the most cost effective letting agent in the UK, we are confident the cashflow effects of Clause 24 to be experienced by landlords will drive significant growth of our business and increase our market share. There has been an increase in competition from the likes of Easy Property, however, we regularly win business from them due to the fact that we have quality ‘on the ground’ coverage.

Many of our landlords have become ‘raving fans’, a consequence of which is increasing numbers of referrals to other landlords.

Following many requests from current clients we are considering expansion into estate agency.

We believe we will become a target for acquisition, or that we will have reached an optimal point for flotation, within three years. We are regularly approached by people asking whether we have shares for sale.

Our strategy now is to increase our industry presence through trade shows. We plan to appoint an events management company in due course.

Whilst we have achieved our breakeven target, the disappointing results from TV advertising and the delays in recruitment and training (due to Tony’s illness) have resulted in our financial reserves being at a less than optimal level. Accordingly, we have launched a second round of fund-raising, diluting our own shares but not those of our seed investors (i.e. crowdfunding investors shares will maintain the same percentage ownership).

The new funding will increase our reserves and be used for investment into the increased trade awareness required to optimise the value of the business.

We have conservatively revalued the business at £2.5 million which represents a £1 million increase since our initial fund raise. This figure was arrived at by factoring in the 237% growth that has been achieved but discounting back to reflect the set-backs caused by Tony’s absence from the business. The current round of fundraising will be for a minimum of £125,000 in return for 5% of shares. We have switched to the Seedrs platform this time around due to cost and their operating systems which are generally more preferable. The second round of funding includes the same EIS tax status as the initial round.

Our competition, which includes; Easy Property, Emoov, Estates Direct, Purple Bricks and Rentify are all valued at above £20 million each. Our initial Crowd Funding campaign was fully funded within just six days, we anticipated this round being equally successful.

Those making investments of £25,000 or more will also benefit from free letting and management of up to 10 properties for the life of their investment.

Crack in toilet overflow pipe - can the lardlord refuse to fix?