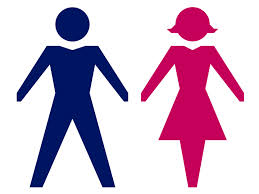 Are shared housing rents higher for women than men?

Women may be paying more rent than men, according to new research.

Women who are living in shared rental accommodation are £2,271 worse off than men, according to research by SpareRoom.co.uk.

SpareRoom compared the finances of males and females living in flat shares to gather the data.

Men pay an average rent of £511 per month and almost half (48%) are more likely to have rent inclusive of bills, revealed the research.

On the other hand, women pay an average rent of £534 per month and only 39% pay rent which includes bills – stretching the outgoings and earnings gap.

Approximately one in seven (15%) of female flat sharers spend over 50% of their income on rent and in London, this percentage increases to 17%.

This is compared to just 8% of male flat sharers spending 50% income on rent.
A spokesperson for Discount Insurance said: “The statistics highlight an underlying issue of home ownership becoming increasingly difficult, particularly for women who are spending such a large proportion of their incomes on rent.”

“There are steps that can be taken to lower the amount of rent that people are paying. This includes living in larger house shares and even living as a lodger,” added the spokesperson.

In terms of age, almost one in five (19%) of women living in London and in their 20s, pay the largest proportion of their salary on rent whereas only one in ten men do the same.
While 46% of men revealed that they can afford to rent alone, only 26% of women are able to do so.

Following these statistics, it is easy to understand why women are spending longer living in shared housing than men.

34% of female renters have lived in a shared property for more than five years whereas only 22% of men have. In London, this figure increases to 37% of women and 24% of men.

This article doesn't seem to say what size house shares it is referring to. Rooms in larger houses are often cheaper than rooms in smaller houses especially when bills are included. Adverts placed by women on SpareRoom often state that they want to live with only one or two other people or only with women or that they want an en-suite bathroom.

In my experience far more men than women respond to adverts for rooms in larger shared houses. I use SpareRoom for various student and professional house shares and usually have 5 or 6 times as many men responding to the ad. Men also seem more likely to actually turn up to view. I'm a great fan of mixed house shares but finding women who want to live in them is sometimes difficult.

Jo - agreed. This is a distinctly dodgy story because it takes no account of the fact that women may be choosing to live in nicer properties than men - small flatshares, for example, with pooled utility bills, which is bound to be more expensive than large all-inclusive HMOs.

Its claim about a "pay gap" also doesn't explain whether this is for identical jobs, education levels, age and so on, or whether it's because men and women choose to go into different jobs and professions.

Spareroom are trying to drum up free advertising with this "research" but they are doing themselves a disservice if they don't explain the basis of their figures - or it may be the journalist's mis-reporting.