Why is the UK Government conscripting landlords as immigration officers?

Olivia Bridge is a political correspondent and commentator for the Immigration Advice Service – an organisation of leading UK immigration solicitors.

Theresa May’s ‘hostile environment’ policy introduced in 2012 has achieved exactly what it says on the tin. Six years may have passed since the controversial ‘go home’ vans circulated around London boroughs, yet an unwelcoming atmosphere still lingers on for migrants in the UK to this day.

Hostility is still woven subtly into legislation – a key aspect of this being the Right to Rent checks that began in February 2016. From this point onwards, landlords became double agents of immigration enforcement: they are required to conduct background checks and verify the immigration status of every potential tenant. Lessors caught housing undocumented migrants face severe penalties such as a fine or even prison.

In theory, such checks would catch overstayers and other illegal migrants. In practice, however, landlords are being coerced into discriminating. Research by the Joint Council for the Welfare of Immigrants (JCWI) found that 51% of landlords are less likely to rent to non-British tenants while 48% are less likely rent to those who cannot produce a British passport. The Residential Landlords Association (RLA) similarly discovered that over half of 50,000 landlords expressed reluctance to rent to applicants on a time-restricting visa – which is most if not all migrants – and 20% said they would not rent to EEA nationals. The severity of these findings is only aggravated by the fact that foreign nationals are almost three times more likely to rent than British residents, and with a national homelessness crisis gripping the UK, critics blame such policies for the high rise of rough sleepers on the streets.

Landlords have reportedly refused housing to those with a foreign-sounding name or accent, ultimately resulting in the blatant racial discrimination of British black, Asian and minority ethnic (BAME) individuals and EU migrants. UK-born children who have grown up in care or whose parents could not afford to apply for British citizenship for them – an all too common reoccurrence in austerity-riddled Britain – are also getting caught up in the net since they also cannot produce a British passport.

The JCWI also found that human trafficking survivors, stateless persons, asylum-seekers and victims of domestic violence and other vulnerable individuals are also falling victim to the Right to Rent scheme for the same reason. As is typical when fleeing extreme violence and persecution, the majority of these individuals leave vital documents behind. However, after satisfying rigorous immigration checks by Home Office caseworkers and ultimately gaining protection by the UK Government, why does the final decision lie with an untrained member of the British public? Why should a landlord ultimately have the final say on whether an individual deserves the right to live in the UK?

Despite the results from the 2015 pilot forewarning of the discriminatory nature of the Right to Rent policy, it has taken three years for the High Court to rule that the legislation breaches the European Convention on Human Rights and equality laws. A further investigation into the scheme was conducted in 2018 by David Bolt, the Independent Chief of Borders and Immigration, who found that it had “yet to demonstrate its worth as a tool to encourage immigration compliance”. The cruelty of the scheme was only brought to light this March as not only did the judge agree that the policy has achieved little at curbing immigration but, even if it did, Mr Justice Spencer said that it would have been “significantly outweighed by the discriminatory effect”.

To exacerbate such concerns further, the Government does not appear to be softening its hostile stance towards migrants: The skills-based immigration vision for post-Brexit Britain in 2021 instructs employers will also be required to carry out enhanced ‘Right to Work’ checks on all EU, EEA and Swiss staff members. The legislation that currently exists instructs employers to retain data on their non-British staff members throughout their employment – or else face up to five years in prison and/or a £20,000 fine. After Brexit and when this applies to EU workers too, this could easily become an administrative and costly nightmare for any business to maintain. In the midst of constant uncertainty around the Brexit deal and the rights of EU citizens, there are plenty of circumstances in which innocent employers could accidentally fall into a legal grey-area since having a visa doesn’t necessarily mean you have a right to work. Similarly, the European Temporary Leave to Remain status that is offered to EU nationals in the event of a no deal Brexit could also lead to workers and their employers falling through the cracks. It is advised that businesses and recruiters familiarise themselves with the immigration system to minimise this risk.

Regardless of the Brexit outcome, it’s obvious that prolonging these schemes will only promote discriminatory and biased attitudes of a bygone era. Innocent bystanders frequently become the collateral damage – as we witnessed from the Windrush scandal in which residents who had worked in the UK their whole lives were suddenly denied their right to work, rent and access public services such as NHS treatment because of such policies.

The main issue is that ordinary people are bearing the unnecessary burden of acting as immigration control or else face inordinately severe punishments. What really is the need for such zealous checks when neither scheme has proved successful in controlling immigration?

The grim reality of status checks is that those who are legally permitted to reside in the UK are kicked out into the cold, skilled migrants are denied from filling workforce shortages, the most vulnerable in our society are ostracised even further and British citizens are alienated in the country they call home. In this day and age, such deliberately xenophobic views simply should not be tolerated, let alone written into law.

And with a ban on fees about to be implemented, who wants the additional admin of re-checking at the end of any time-limited period? Not me.

Great article. This is the quality of this government’s policies in many areas.

The answer to me is quite simple, the gov't are devolving themselves of responsibility they always want A.N.Other to do their dirty work. Remember back in the day when the revenue would do all tax calculations for all because it was their job? Now there is self-assessment.

And before that there was VAT.

I well remember my father complaining long and hard as a small shopkeeper being forced to become an unpaid tax collector on behalf of HMG when VAT was first introduced. 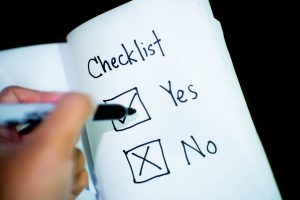 Is an EICR required as it isn’t for a commercial tenant? 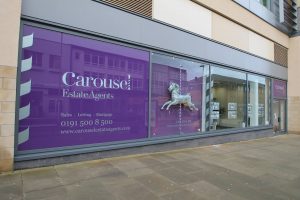 Ex-evicted bad'un has the gall to ask for a positive reference?