A struck-off solicitor and an estate agent who managed a house shared by 12 tenants who lived in filthy conditions have been branded slum landlords by their local council.

Both picked up rents from the tenants for an absent owner in Nigeria but failed to run the house in multiple occupation according to strict licensing rules and safety regulations.

The charges arose from visits by Camden Council to the property in St Augustine’s Road, London NW1, after Afolabi claimed the property was vacant – but three tenants were sharing a basement flat and upstairs were eight bedsits let to nine tenants.

Inside, the council team found the tenants were living in poor conditions. A pool of sewage was seeping into the basement flat, furniture blocked a fire escape, someone had tampered with a fire alarm which no longer worked and fire safety precautions were inadequate.

One tenant’s mother had broken her leg slipping down dangerous steps in the back garden.

The court heard Afolabi had previous convictions for fraud and other dishonesty offences and had been twice struck off by the Law Society – once for trading while unqualified and secondly for breaching trading rules.

Fagbolagun claimed the owner would not pay for work to improve the property, but District Judge McPhee threw out his defence.

The judge said Afolabi was an unreliable defendant and used “every tactic to avoid answering questions.”

Fagbolagun was ordered to pay £1,415 fines and costs and Afolabi £765 as both told the court they were on low incomes. Afolabi claims state benefits.

Councillor Abdul Hai, cabinet member for community safety, Camden Council, said: “Slum landlords will not be tolerated. We will use every power to ensure people don’t fall prey to landlords who have no consideration for safety and are more concerned with lining their own pockets.”

They've wasted more of my tax money bring this nonsense prosection than they fined the landlords!
This is total rubbish.
Of course they will carry on regardless.

I totally agree, the fine is pathetic and does nothing to discourage rogue landlords or to encourage good landlords to pay for HMO licences.

the judiciary are a joke. 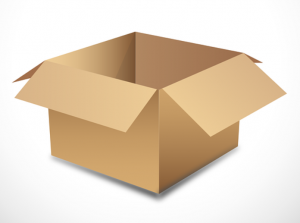 Rent Costs Buy to Let Tenants More Than Half their Pay